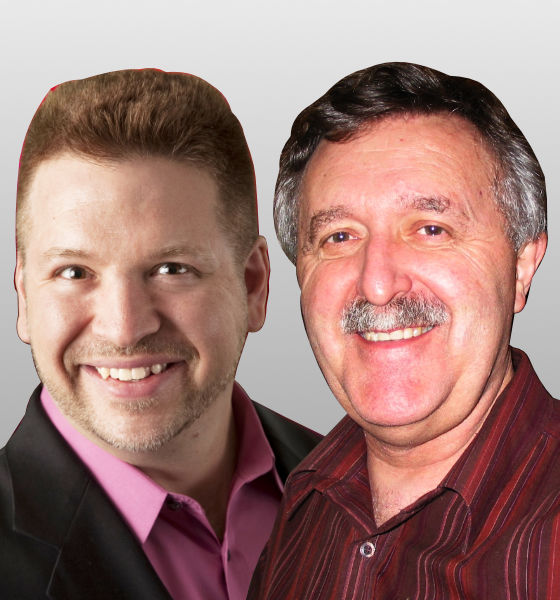 SCOTT MACMILLAN, who first began his DJ career in 1962, made weekly trips on his motorcycle in rain or snow from Chatham, Ontario to Detroit, Michigan in order to always have the newest music of the time. He knew that music was the key to remaining in demand.

In 1972 Scott and his wife Cher started MacMillan & Wife Music Services Inc., now known as MacMillan Entertainment Group, which is still one of Canada's most respected DJ Companies. 50 years later he is still very much in demand as a working mobile DJ! Both Scott & Cher have been honored with awards by the CDJA and the CPDJA for their dedication and contributions to the Disc Jockey industry. One of the contributions that shaped the music supply industry in general was that Scott acted as Chairperson of the CDJA Committee which negotiated the original Music Licensing Agreement for Disc Jockeys...the first of its kind anywhere. As one of the CDJA’s initial members and a past President, the advancement of the industry as a whole serves as the driving force behind Scott’s continuing contributions to the industry. As a 1990 founding partner of "ERG", Entertainment Resources Group, Scott's vast music knowledge led to the development and programming models of ERG's NuTraxx products and the Knock-Out Classic Hit Series. This started the availability of DJ music supply as we have come to know it today. He is currently the owner and director of programming of MULTI MUSIC GROUP which distributes ERG Music new releases in the U.S.A. and Multi Music new music and classic hit releases in Canada on CD, MP3 Disc and through a digital download platform.

Mike Setlock was Head of Programming for ERG Music for 18 years prior to being merged into Multi Music Group as the new VP Programming for North America. Mike oversees the Top 40, Dance, Urban, Rock and Country formats for both USA and Canada and works directly with the record labels to coordinate their future release schedules of singles to coincide with songs we include in our ERG/Multi Music programs.

Mike also provides 14 hours of dance mixshow programming for local radio station Mix 96 in the Buffalo area as well. Setlock in past was noted for his winning of the WMC Mixshow DJ of The Year back in 2000. Mike is also a proud member of NAME (National Association of Mobile Entertainers) and has been a DJ for the past 25 years in the industry.

He is also a proud husband and father to 2 children. Mike eats, breathes and sleeps music.