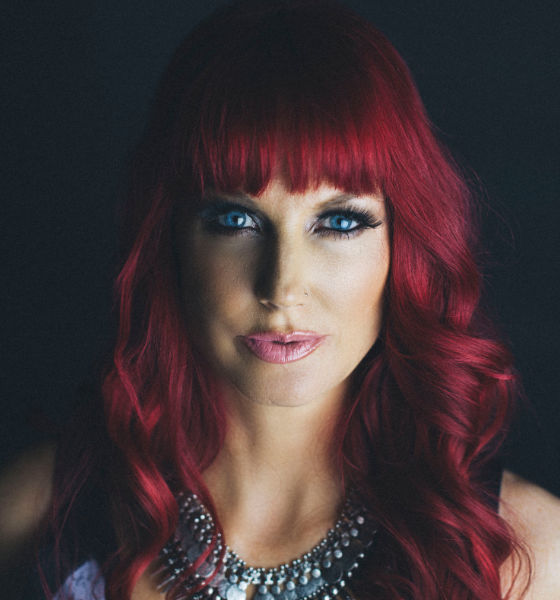 Sydney Blu continues to establish herself as one of the top female electronic producers and DJ's in the world. Her passion for success, hit singles on the Beatport charts, extensive global touring and musical creativity has Sydney at the top of the electronic music scene.

In 2009, Sydney Blu founded her very own imprint Blu Music, which has produced several chart-topping singles over the years. Sydney has also released music on some of the most recognized labels in the industry including Mau5trap, Toolroom, Kinetika, The Material Series, KMS Records and more. Her release 'Give It Up For Me' on Mau5trap Recordings was one of Beatport's highest selling songs, making Sydney the first female electronic music producer to ever have a top 10 hit on the website.

A large part of Sydney's success is attributed to the relentless touring schedule that she's upheld over the years. In the spring of 2010, after leaving a long time residency at Toronto's Guvernment nightclub, Sydney set-up a residency in Miami, Florida with Opium Group at Mansion Miami, the hottest club in South Beach at that time. Quickly thereafter, headlining North American performances followed including Pacha NYC, Space Miami, Avalon Los Angeles, Beta Denver and then in November 2011, at the Rogers Centre Toronto where she closed out the Deadmau5 Meowingtons Hax Tour before 25,000 thousand fans, making it one of the largest solo headlining dance event's in Canadian history.

The BLU Party, having originally launched in 2010 during Miami Music Week, has continued annually and is one of the most anticipated events during the week. Featuring A-list headliners to support the underground tone of Sydney, The BLU Party has featured performances from names such as Pleasurekraft, Riva Starr, Kevin Saunderson, Stacey Pullen, Carlo Lio, Technasia, Yousef, Christian Smith, Harry Romero, Uner, Nathan Barato, Christian Martin, Worthy, My Favorite Robot, The Scumfrog, The Junkies, Anthony Attalla, Cocodrills, Joeski, Weiss, Gene Farris, The Junkies, and Funkagenda.

On the global stage, Sydney Blu has rocked crowds with performances in Europe, Brazil, Colombia, Asia, Mexico, Tunisia, Pakistan and Egypt in addition to having a solid itinerary of performances booked across Canada and the USA. Sydney reaches even further with audiences worldwide by hosting 40 radio syndications around the world and is well connected online and through social media with over 180,000+ fans on Facebook, 13,000+ fans on Twitter, 200,000+ radio show subscribers on iTunes and a total reach of over 375,000+ fans across all networks.

With her first artist album, titled Relentless released in July 2015, Sydney delivered a brand new sound to the Sydney Blu name. Relentless depicted true sounds of the underground and charted on the Canadian itunes Top 200 Dance chart, debuting at #43 it's first day released and went to #18 on the Beatport Top 100 chart. The singles from Relentless also did very well. 'Need I Say More' debuted at #18 on the DMC World Buzz Chart and was in the Beatport Top 100 chart for 3 months peaking at #17. 'Teardrop' also debuted at #13 on the DMC World Chart and in addition, 'Vnderground' & 'My Neighbors Hate Me' also charted on Beatport's Top 100 chart. 'Electric Era' featuring Fritz Helder from Canada's Dance sensation group Azari & III, debuted its music video on Beatport News Nov 9, 2015 and the record topped the Beatport charts once again. In 2016 Sydney released her 'Stoned Ep' on Kinetika records and watched it climb the Beatport Top 100 Tech house chart all the way up to #13. A follow up Ep was released later in the year on Kinetika called 'Verbs' and this also climbed the charts with a stellar remix from Bulgarian Techno queen Gallya. Later in the year she released ‘Too Clean’ with with acclaimed vocalist Cari Golden on Toolroom for their Underground Ibiza Compilation. The release immediately rose to #1 and stayed there for 3 months with it also climbing the Beatport Tech house Top 100. The finale of 2016 is set and ready for 2 more releases coming out for Sydney, one being a 3 track Ep from Mihalis Safras’s Material Series and another single to be released early 2017 on Steve Lawler’s Viva music.

As she gears up for a packed tour and studio schedule, 2017 is looking super fresh and accomplished Sydney Blu.