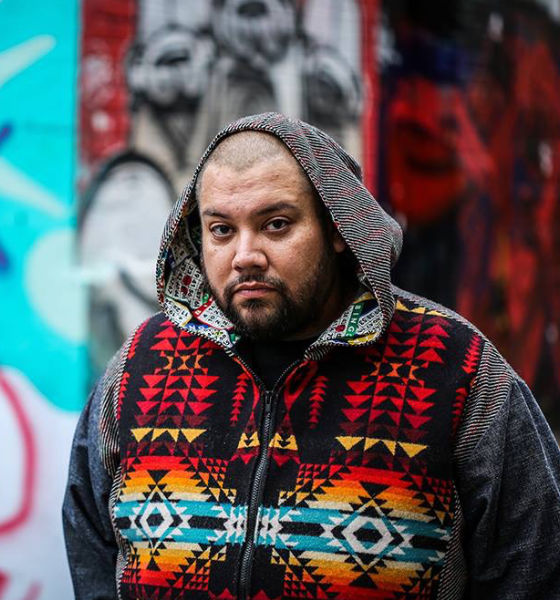 It is told in the creation legend of a DJ called Shub that a great council was held along the muddy banks of the mighty Grand River in which the influences of Q-Bert, Mix Master Mike, A-Trak, and Craze held sway. For one reason or another, that nobody remembers, all of the musical heavyweights from the Mohawk, Oneida, Cayuga, Seneca, Onondaga and Tuscarora also joined this council and humbly offered teachings, harmonies, drum patterns, gang vocals, and competition songs to this young man in their own good ways.

This council raised the boy and he cared for them too. And that was how it was supposed to be and it was that way for a long time.

One time when all rappers needed T-Payne on their recordings and T-Payne had the respect of all of those who watch over and cared for the most powerful music charts in the universe, the DJ imposed upon himself with a great quest for humility and in that quest the DJ stumbled upon a Canadian DMC championship title and he cared for it. The following year, which was known at that time as 2008, the DJ who had been DJing for so long, was given a chance to earn that very same title and he did and he was humbled by the experience and he cared for that too. But soon after that second humbling, the DJ knew that two humblings wasn't going to be enough and later in that same year he earned a Supremacy title and even later in that year he took his talents to an even bigger and brighter stage and at that time he was named the 5th best DJ in the world by all of those who watch over and care for that great DMC spirit.

And then that great star helper known as JUNO Award took him into ceremony and he was gifted yet another name to carry alongside two much taller, but equally careful DJs. This time the year was known as 2014 and this experience would give Shub, which is what his name was, the right to carry A Tribe Called Red's Breakthough Group of the Year teaching.

Then the DJ needed a break off of breaking through. That had not been the plan, but now it was this way. And it was in this way, when the time was changed, that the DJ became a husband and the DJ's family grew and with this great growth, both in duty and in spirit, a more powerful council presented itself to the DJ. And he knew at this time that this more powerful council, which was still influenced by Q-Bert, Mix Master Mike, A-Trak, and Craze and embiggened by the Mohawk, Oneida, Cayuga, Seneca, Onondaga and Tuscarora would help him be a better person and it would help him do great things for his people.

DJ Shub, born Dan General, is a title holding turntablist and award winning music producer. He lives in For Erie, Ontario and counts Canadian titles at the DMC championship, Redbull Thre3Style, and KOTD battles along with trophies from the JUNO Awards and the Aboriginal Peoples Choice Music Awards as some of his most memorable accomplishments.