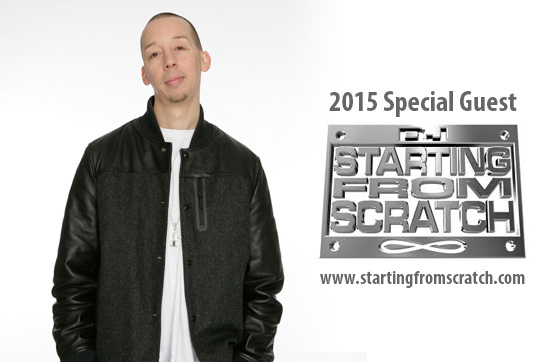 Standing amongst the world's best DJs, Starting From Scratch is Canada's gold standard. He is one of one, a cultural pillar for millions of music fans with an undeniable influence. Revered as one of the top 100 most powerful people in music, Scratch had anchored Canada's largest urban radio station (Flow 93.5FM) since its inception 11 years ago and continues to push the creative envelop at Virgin Radio 99.9, inspiring a generation of DJs following in his footsteps. As one of the most well known DJs to ever come out of Canada, Scratch is far from all flash. With a tireless work ethic, fearless creativity and a scholar-like musical IQ, Scratch's skills are legendary. Scratch stands today well renowned on both sides of the border as a gatekeeper, influencer and authority on music as one of the world's greatest DJs to have ever lived.