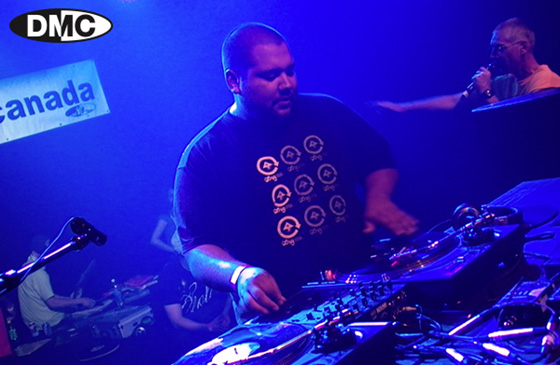 Hailing from Fort Erie Ontario, a border town often forgotten by the droves of American’s and Torontonians that pass it unknowingly, Dan General’s (DJ Shub) talents, unlike his hometown, have never been overlooked. Enamored by the technical prowess of DMC legends Q-Bert, Mix Master Mike, A-Trak, and Craze, Shub honed his craft, as a battle DJ. With only the guidance of a few grainy VHS tapes, Shub began emulating the diverse styles of past DMC battle champions, leaving parties early to spend countless evenings in his parent’s basement, practicing on a purple pair of belt driven turntables, focused on someday competing for the Canadian title and representing his country in the Worlds. Realizing his childhood dream, Shub won the Canadian DMC championships in 2007 and 2008 and placed 5th respectively in the World Competition. He also won the Supremacy championships 2008. He retired from competition in 2009 with an impressive resume and the respect of some of the world’s best DJs. In 2012 he came out of retirement and competed in the Redbull Thre3Style DJ competition in which he represented all of Canada at the World stage which took place in Chicago.

Rather than basking in former glories Shub began his second career in music as producer and DJ for A Tribe Called Red (ATCR). Influenced by a variety of music, electro, dub-step, dance hall and hip-hop, their signature sound is derived from a personal and spiritual place, the music of their native tribes. Blending traditional pow-wow singing, driving circle drumming, the clanging rattles and beads from traditional dress to their other more main stream influences they effectively pioneered the genre “powwow step”. ATCR has articulated a personal voice, shaped and shared by an Aboriginal community largely overlooked in the music industry, into a finely crafted sound that maintains a sophisticated balance between tradition and novelty. Hardly the stuff of mere aficionados, this is roots music that embodies a people, transfixes the soul and leaves trails of exhausted party goers thirsting for more pleasurable abuse.