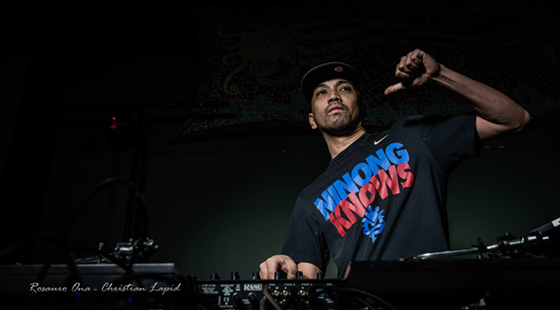 The Legendary Turnstylez consists of DJ Grouch, Lil Jaz, and D-Scratch. Fueled by a bitter rivalry between DJ Grouch and D-Scratch in the early 90’s, MONSTER JAM! They came together just before the 1996 DMC Canadian Finals where they swept all 3 podium positions. A feat that has yet to be duplicated and probably never will be. With D-Scratch and Lil Jaz being cousins and already competing and performing, it was a natural fit to have DJ Grouch join to form the most influential and preeminent DJ crew to ever come out of Canada. Their cohesive ness on stage stems from their relationship off of it. Brothers, friends and family first and its apparent in their work. Their solo competing records is un-matched. From the time period between 1996 to 1999, they held 7 of the possible 12 podium positions. Which included 2 Canadian DMC National Championships and 2 runner ups. On top of the DMC accomplishments are a Zulu Canadian DJ Championship, numerous Metro Mixoff Titles (Toronto Championships) ITF World Beat Juggling Championship, and podium positions around the world.

As a team, they stamped their spot in the world elite with wins in the ITF Western Hemisphere, runner up at the ITF World Championships in Amsterdam, and representing Canada in the DMC World Championship. Displaying techniques and creativity that today are still used. Sufficed to say, these 3 are god fathers of Canadian DJ/Turnbalism scene.

Their unique style has made heads nod all over the world.