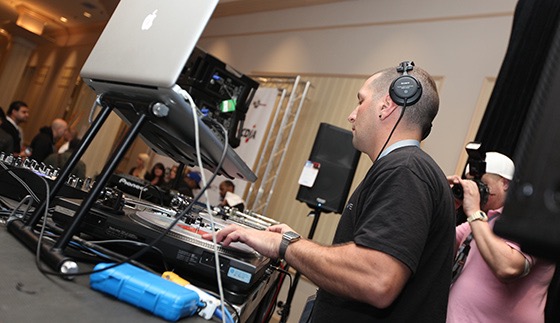 Doug Jones (Jonesian), formerly one half of the infamous duo known as Fragglerock DJs has been actively spinning from a young age for well over a decade. In addition to producing music and maintaining product sponsorships Jonesian has opened or closed concerts for world famous artists such as:

Originally from Montreal and raised by globe-trotting parents, Doug has lived and travelled extensively throughout Canada and beyond. He is currently residing in Grand Cayman and maintaining 4 prominent weekly residencies in addition to various local and international performance bookings.

Jonesian also submits freelance mixes for radio and is a contributor for Canadian Musician Magazine. If that's not enough, Doug is sponsored by Rane-Serato & Ableton where he performs live product demo's and dj clinics internationally, as well as new release reviews.

Jonesian has a unique ability to read-crowds, mix, blend, or scratch any genre under the sun to move the floor, whatever the occasion. Whether in lounges, club venues, festivals, or stadiums, he always connects with his audience and throws an epic shin-dig!