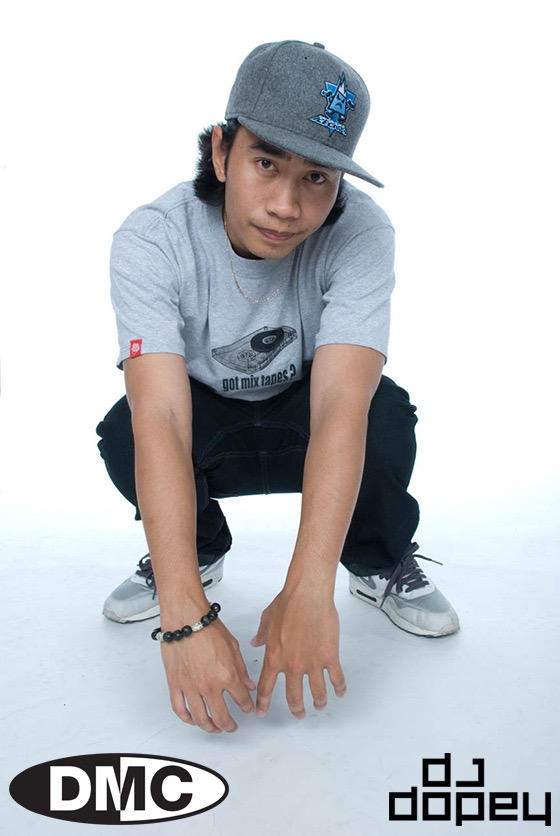 While the art of turntablism continues to please audiences across the world, it goes without saying that DJ Dopey has played an integral part in its global success. Having performed as a DJ/Turntablist alongside pioneers like DJ Q-Bert, DJ Craze, DJ Jazzy Jeff and Mix Master Mike, Dopey solidified his role amongst these innovative DJ’s formally by winning the most coveted DJ title of them all, he became 2003’s WORLD DMC CHAMPION. In addition to his World DMC win he is no stranger to the world DJ battle circuit, his other 1st place titles include 2001 Allies All Star Beatdown Champion (organized by world renowned turntablist crew “The Allies”), as well as 2002/2003 Vestax Canadian Champion among others.

As a founding member of the Turntable Monkz, and now a certified world champion, DJ Dopey (born Jon Ryan Santiago) took the opportunity to tour the world a few times over sharing stages with artists such as Eminem, Madlib, Slum Village, Frank N Dank, Kardinal Offishall, Gang Starr and DJ’d exclusively for DCS. He continues his globetrotting by carrying out his seasoned successes as a key group member of Notes to Self, a rap crew from Toronto currently seeking label and management opportunities world wide. Dopey’s found time to be an integral part of their creative process, spending much of his free time off tour in the Studio with Notes writing and recording, contributing a few years worth of hard work to their up and coming world debut release. As one of Canada’s premiere talents, DJ Dopey has also collaborated and has contributed to other projects with artists such as Saukrates, Choclair and DCS.

In his 10 years as a DJ/Turntablist, Dopey has accomplished a great deal; he has “battled” his way to the top, he’s performed alongside the world’s best DJ’s and musicians, and has now taken to the studio portion of being an artist where he now perfects his recorded arts. Dopey is now poised to help present the world to Notes to Self, a rap group that will finally help realize his first official recorded contribution as a commercial release on their debut full-length. DJ Dopey is a rare and humbled talent that will continue to push the limits, not just as a DJ but as a recording artist as well.